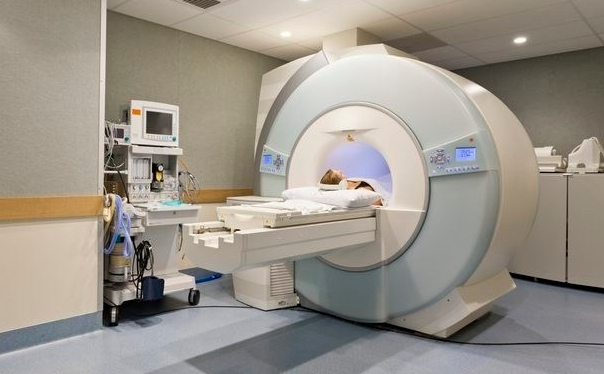 A Positron Emission Tomography scan is a type of imaging test. It uses a radioactive substance called a tracer to look for disease in the body. A positron emission tomography (PET) scan shows how organs and tissues are working. This is different than MRI and CT scans. These tests show the structure of, and blood flow to and from organs.

I arrive at the set time, have my blood sugar taken and it’s at 5.8, bestso far & builds up my hope of a clear scan. This unit is based inside Cork University Hospital in a designated specially designed unit. They deal only with advanced CT Scan like PET and special imagining systems.

Since completing ABVD on 14th of August we took a break away to Fuerteventura for two weeks. I arrived still bald & bloated but after two weeks in the sun I flew back home with a head of hair and less bloated.

It’s a little over six months since I was formally diagnosed. A lot has happened in that space of time. Anita and myself got engaged in 2004 and we have know each other for a long time, Anita ferried me back and forth to the hospital for all treatments, she worked 3 days a week which did not include Thursdays (Thursdays were my designated Chemo days). We were both strong enough to handle the temper issues and knew they would last a few days after Chemo. People would say to her “It must be so difficult for you putting up with all that sickness & crap” it’s properly lucky she didn’t deck the idiots who said this but her answer was “I don’t have to put up with much it’s more the fear of loosing Ian that worried me” I do keep saying in my blogs that people react differently when they find out you or a loved one has cancer. The ones you expect to stick by you basically run away and the least likely ones are there for you. A freeing with Cancer is still a friend, never forget that as you never know what is in store for you, the friend you dropped because of cancer may just be the you that could help you if your ever diagnosed.

Since commencing this in Feb I missed less than 10 days in work. As I worked 70 to 80 hours a week I had reduced my working week to 60 hours. So the reality is I didn’t miss a day. The mindless employees that proved to be of absolute zero support should think about this from time to time I was there for you and now I never hear from them.

Karma is a wonderful think….

Since commencing ABVD I was diagnosed as Stage 4 Hodgkins Lymphoma, due to chemotherapy steroids I became a Type 2 insulin diabetic & my lung capacity had dropped by 54% due to Bleomycin All sounds bad but in reality it’s not, as I’m still alive & kicking. Prior to the PET scan I managed to beat part of the diabetic issue, I was switched from injections to Metformin tablets which is a sign that I am beating diabetes. My lungs feel a lot better and when I was away in Fuerteventurai managed to do a lot of walking.

I told him that my friend Benjamin was with me, not really a lie but Benji is our pet Pomeranian – mans best friend…. so the oncologist started to fill me in on the scan.

Please keep in mind throughout this blog that I am a Stage 4 Hodgkins Lymphoma victim. From the start it was a fight for my life so any improvement is significant. So the good news first, my liver was clear we had successfully destroy 6 tumours secondly my right lung had cleared up substantially. All Lymph node sites below my neck were clear, this is big achievement as the sites below my neck properly counted to more than 50 sites. But the bad news we didn’t get 100% we got 95% in blood cancers like Hodgkins you must get 100%. The oncologist went on to explain that we could not do further Chemo for two years but he felt that Radiotherapy was the answer. In particular targeted precision Radiotherapy which would be done by a Radiologist Oncologist in CUH Cork University Hospital. He had discussed my case with the Radiologist & both had agreed that Radiotherapy following the ABVD was the answer, they estimated 4 weeks of therapy before Christmas. My oncologist felt that with the way I had powered through ABVD then Radiotherapy would be a walk in the park……. I also needed a biopsy on the neck and the scan had also showed issues at the base of my tongue – both would be covered under the same operation by an ENT surgeon

Anita arrived home from work, I had her dinner ready as I was working from home that day (I was preparing budgets for an upcoming conclusion tender that could start within 4 weeks). So after dinner I told Anita that my oncologist called. She looked straight at me and said “Oh shit”

I got a call the next day with an appointment for 15th of Oct to have the biopsies done. This was done as an overnight stay in hospital- with the diabetes and lung issues they didn’t want to take any chances. So a second biopsy to the right side of my neck and more scars to prove it. White blood count was off the scale which showed that my body was actively fighting the cancer cells.

The results were confirmed on the 23rd of Oct as Hodgkins Lymphoma Stage 4, the throat biopsies were clear, so basically back to attacking Hodgkins. I was referred to a radiologist oncologist in Cork University Hospital with a consultancy meeting on 4th of Nov 2014.

So my next blog will be about the Radiologist & treatment