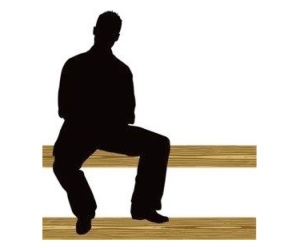 Straight to the point – Meet the Oncology Team on Friday and I’m now officially 2 years clear of Lymphoma. I had a CT NTAP two weeks ago and apart from a number of none Lymphoma related issues it’s Cancer clear for the second year. Blood test returned the same as the last time, low red blood cell count and zero immune system, but this could be what every blood test going forward will show, the price of survival.

Was I worried before meeting the oncologist? Absolutely

The after effects on the body from been battered with chemotherapy, radiotherapy and the stem cell transplant is long term. Areas from biopsies tend to get painful and swollen but with no cancer cells present it’s not a concern. The fatigue remains a major issue but as the oncologist pointed out “it’s better than been dead” and he really does have a point. I cut back to a 4 day working week in July and this has made no difference. Tried the increased exercise to pushing myself beyond a hard sweat and multivitamins but neither have released the fatigue. They are going to do more blood test to try measuring changes if any. BUT I remain cancer clear, longest remission ever for me. I feel proud to say I have beaten a Stage 4 Terminal Cancer TWICE, the war against Cancer is for now officially over and we won.

The oncologist felt that my weight loss of over 6kgs in 3 weeks is more down to the level that I am now pushing myself at. He seemed to be completely uninterested about this. I have to keep in mind that because I am cancer clear that my oncologist will loose interest, basically he has nothing to do with any issues outside of curing me of Lymphoma and in real terms that was accomplished two years ago.

Anyway the CT showed multiple kidney stones in both kidneys, one is about the size of a 20 cent coin with Stag-horns – can’t say I’m looking forward to passing that bugger. I was first diagnosed with stones in 1992 and they are constantly reoccurring. Rarely bother me too much now. The scan also showed diverticulitis which is what took me to hospital in 2014 just prior to been diagnosed with Lymphoma- cut back on meat for a while to let this clear up. Unexplained swollen nodes on both sides of the colon but this can happen in your 50’s. So a few none cancer related issues. But no trace of Lymphoma

My Consultant Ophthalmologist was unable to attend the meeting, as the Ophthalmologist and Oncologist share senior status on my case they consult with each other regarding developments. But it appears that the operation on 28th of June was unsuccessful. I am awaiting an appointment to meet him. He did make it clear at the last meeting that he felt the eye strokes were not an indication of a relapse but a separate issue altogether. My immune system attacked my right eye in 2014 almost blinding me but that was caused by Lymphoma– basically the cancer caused my immune system to go ballistic and it attacked everything. But the latest attacks are not immune driven and the doctors are trying to establish what’s actually causing the strokes. They have ruled out Cancer, diet, exercise and alcohol.

Sitting on the fence

Before I begin this part of my page those of you that have followed my blog over the past two years would know that I approached every part of the treatment with a positive mindset, I removed every trace of negativity and I basically stopped communication with anyone showing the slightest hint of negativity– negative people drag you down. This came into play on the build up to my Stem Cell Transplant – individuals that we had know for years stopped calling and even though Anita felt the urge to call them I asked her not to. If they couldn’t give the common courtesy of a brief call or message then they simply weren’t worth talking to. So what I am about to say should not be interpreted as negativity. With all the scans and blood test showing that I am cancer clear I feel that there is still a darkness buried deep inside me just waiting to attack. I can’t explain what has created this feeling, it could be the fact that all my test were clear in 2016, I had beaten Lymphoma all my scans and bloods were clear but it had hidden deep inside my bone marrow and attacked with a vengeance in March 2017, it got within 6 hours of killing me but I prevailed and live to tell the story. It could be the unexplained weight loss, fatigue and eye strokes or it simply could be the human mind playing tricks. So in reality I am sitting on a fence here, caught between the sheer joy of been cancer clear and been prepared to defend myself form another attack. I had this same feeling in late 2013 months prior to been diagnosed

When You Sit on the Fence, You Get Splinters in Your Ass!

I am a realist and I believe that the massive levels of chemotherapy, radiotherapy plus the stem cell transplant all done over 4 years on someone in their mid 50’s can’t go without consequences. I am living on borrowed time, getting that close to death in 2017 taught me how fragile life is. The borrowed time is for a purpose and that purpose has yet to reveal itself. With Paul Alan (Microsoft co founder who passed away last year)he got over 35 years borrowed time and I’d be more than happy with that.

And if for any reason there is a seriously mega rich reader out there who would like to contribute a couple of hundred grand then I would willingly go from sitting on the fence to “Sitting on the dock of the bay” Otis Redding a great artist taken from us way too soon, Dock of bay was recorded 3 days prior to the plan crash that took his life in 1967 and was released in 1968. Beautiful meaningful song. I remember in July 1999 walking into a pub in Lanzarote ( the following month I moved to the island) and on stage was Derek Dex Walsh singing this beautiful song with Charlie, Graham and Mick playing guitar- possible the best cover of this song I have ever heard.

In the words of Mr Spock “Live Long and Prosper”