June 2014 Bleomycin (The B from ABVD) attacked my right lung

Biopsies to throat & base of tongue July 2016

ICE Chemotherapy April to May 2017

PET Scan – A Positron Emission Tomography scan is a type of imaging test. It uses a radioactive substance called a tracer to look for disease in the body. P.E.T. Scan

Biopsy to neck A lymph node biopsy is the removal of lymph node tissue for examination under a microscope.The lymph nodes are small glands that make white blood cells (lymphocytes), which fight infection. Lymph nodes may trap the germs that are causing an infection. Cancer often spreads to lymph .

Bone marrow biopsy is the removal of marrow from inside bone. Bone marrow is the soft tissue inside bones that helps form blood cells. It is found in the hollow part of most bones. Generally pelvis bone is used sample

Lumbar punch is a procedure where a needle is inserted into the lower part of the spine to test for conditions affecting the brain, spinal cord or other parts of the nervous system. During the procedure, pressure is measured and samples of cerebrospinal fluid (CSF) are taken from inside the spine.

ABVD Chemotherapy ABVD is a chemotherapy regimen used in the first-line treatment of Hodgkin lymphoma, supplanting the older MOPP protocol. It consists of concurrent treatment with the chemotherapy drugs over cycles (2 treatments monthly) I had 6 cycles or 12 sessions over 6 months. ABVD is also given in various strengths – the higher the Stage of HLD the higher the levels

Radiotherapy Radiation therapy or radiotherapy, often abbreviated RT, RTx, or XRT, is therapy using ionizing radiation, generally as part of cancer treatment to control or kill malignant cells and normally delivered by a linear accelerator. In my case the beam was aimed at the right side of my neck. They used the maximum permitted level of 40gml/grey over 4 weeks consisting of 20 visits.

Biopsy to lower Lymph nodes This procedure was done by a senior radiologist using a CT Scan and fine needles injected close to spine, generally you are fully awake for this procedure

ICE Chemotherapy is an acronym for one of the chemotherapy regimens, used in salvage treatment of relapsed or refractory non-Hodgkin’s lymphoma and Hodgkin lymphoma. In case of CD20-positive B cell lymphoid malignancies the ICE regimen is often combined today with rituximab. Cycles are 22 days 4 with Ice and 18 clear, I covered 3 cycles

Stem Cell Harvest as I was a self donor (Autologous) due to ICE chemotherapy the harvest was completed in 4 1/2 hours. The harvest consiste of the collection of 75 million stem cells. These cells are then frozen till Transplant

Stem Cell Transplant this is done within 24 hours of BEAM and is a procedure where the previously harvested cells are reintroduced to the body. The cells find there way to bone marrow areas and basically creat fresh bone marrow, the process also means that the stem cells create or refire the immune system.

This is a summary of treatment that commenced in Feb 2014 up to July 2017. I have not included any of the multiple blood test, CT Scans, MRI’s and x-rays as there would be months of work to write these in. Initial prognoses was poor but I managed to be placed into temporary remission only to discover that the Hodgkins had hidden deep inside my bone marrow awaiting the opportunity to attack again, this attack been nearly deadly in it task to eliminate me. The actions of the medical teams in both the Bon Secours in Cork & St James hospital Dublin without doubt saved my life.

I am currently less than 20 days after Transplant and slowly regaining strength. Blood test done yesterday almost resulted in another blood transfusion added to the fact that my immune system is lower than it was last week. This is an uphill struggle and I can assure you it is a very steep climb. I will update this page of the blog in a few weeks.

I am now 27 days after transplant. Blood test yesterday and a massive improvement. Today I walked nearly 2 miles. Gaining strength slowly. Appetite now just about improving. I got out of hospital 2 weeks ago today, so against all previous operations, Chemotherapy & medical situations this has by far been the hardest to recover from. I have not gained any weight since leaving hospital but I haven’t lost any either. It’s now I realise how dangerously close to death I got less than 3 weeks ago. 72 days till PET scan but early indications are good. My taste buds are blown to hell & the medical team reckon it could take months to get them back. However I will continue to push myself and will update next week. Might even get to meet a few people over the next few days.

3 weeks out of St James today. Fatigue has eased back a lot, which is a great sign. Appetite is very slow to recover, again I feel that this is because of my taste buds been destroyed by Chemo. I am not sure how I’m going to resolve the appetite issue but reading through the few post (less than five) of people that have been through this I’m doing well. From the very start of this blog I have pointed out that there is really a  serious lack of information about Stem Cell Transplants online. But in reality there are very few NHL Stage 4B victims out there, added to the fact that I self donated cells. I really hope that the people following this blog have found the contents helpful. With over 2.500 viewers in 34 countries I am available at the e-mail address below to offer any help I can.

Little better on eating over the past week but taste buds still not back. I use FitBit for measuring the amount of walking I do, just noticed tonight that I am increasing steps weekly. It’s so obvious in July that I was in trouble as 7 days are showing as zero steps, this was during the worst part of treatment, the week I came out (4 weeks ago today) you can see I was up to about 10,000 steps in the week. It gradually climbed and it’s currently at 30,000 for the week. I know that they recommend 10000 steps a day but that’s for a healthy young person. My aim is 4000 a day and I’m there now. Medical meeting next Wed so I’m really pushing myself to be ready for that.

August 30th 2017
First meeting with oncologist since leaving hospital in July. I had blood test the week before so he could see how things were going. By chance I am 1/2 way to my PET Scan (100 days from Transplant) so 50 days today since and 50 to go.

Overall he is more than happy with my progress. I am now walking more daily than I did prior to April, I’m the same weight that I was when I was in my twenties 80kgs, which is 10kgs lighter than two years ago. My bloods are good, most of the levels are normal with the exception of ESR which appears high.

Due to the sever level of Chemotherapy drugs used I have been on two different anti viral drugs, one taken daily and the other three times a week. The one I take 3 times a week has never agreed with me but there are no alternatives. The drugs prevent serious chest & lung infections. They are used to replace part of a white blood cell called T Cells. T Cells protect our respiratory system, without them it’s dangerous and a simple cold could kill you. The test for T Cells is called CD4, this is a microbiology test. The average count should be between 600 and 1,500. Mine is at 475 which is good. They have taken me off all anti viral tablets now to see if this will increase the count, so another blood test next week.

I have a bone density test in Oct followed by testosterone test (again the Chemo drugs used can damage & change your hormones) in the doctors words “you could be weepy and grow tits” I don’t think so but have to take the test anyway. Bone density is due to the destruction of bone marrow during BEAM Chemo. Plus more blood test & another CD4. So 50 days to PET and 48 hours later I find out if I’m in remission or not…. talk about pressure this is one long wait to find out how good or bad things are.

The oncologist done a full physical & he felt that I am doing extraordinarily well.

No real updates yet, 35 days to scan. I’m expecting the bone density scan in early October. Apart from that the appetite still off and not gaining any weight or hair (yes still bald) it’s a long wait but let’s hope it’s worth it 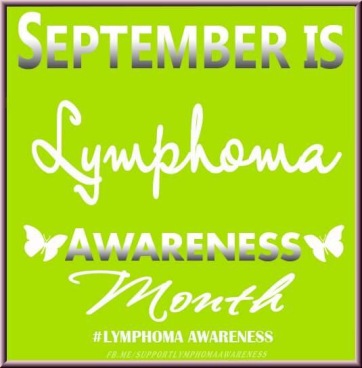 So it’s Sept 20th & my Oncologist has just confirmed that I can fly…. we have a gift voucher for Ryanair so all we needed was to organise an apartment. My long term buddy & childhood friend Dave Courtney and family live in Lanzarote (I lived there from 1999 to 2003). Close friends like Terry Green & Mick Bennett also live there so I had plenty of support if anything went wrong. We booked the flight for 26th Sept & off we went.