Three years later and quiet happy to be still on this planet. Even though a lot of people that know me think I live on a different planet…..

April 2017 I was told that I had less than a 5% chance of surviving to June 2017 with or without treatment. Kind of a shocker that. Terminal Diagnoses for the second time in 3 years (previous 3 that is). But thankfully they were wrong, is was within the 5%. April & May I had I.C.E. Chemotherapy – a particularly nasty and aggressive therapy. June 2017 I had a successful autologous Stem Cell harvest

(Autologous means your own stem cells will be harvested, stored, and given back to you later. Peripheral blood is the blood that circulates in your blood vessels. After your stem cells are harvested, you will get a very high dose of chemotherapy to kill any remaining cancer cells in your body) So yes it was successful and about 6 weeks later I was admitted to St James Hospital Dublin.

A grueling 6 days of B.E.A.M. Chemotherapy followed. This is one of the most aggressive types of Chemotherapy used. It basically wipes out any cell in the body that can regenerate, it kills the immune system and basically stops the body from producing cells (bone marrow). In simple terms it kills everything in its path. Without available transplant cells this therapy would kill a person. So the success is down to how well the body accepts the transplant. As I was a self donor the chances of my body rejecting the cells were minimal but reactivating the production system was down to God alone. Once I had the transplant then time would tell. At my age and the level of the Lymphoma as Stage 4 the chance of success was very doubtful but the medical team decided I was worth the chance and I decided to show them I would battle to survive. And as I am now writing this 3 years later the question is answered – We won.

I will not say any part of this was easy. In reality there was a bitter battle constantly from 2014 up to 2017 and beyond. Been told that I had six hours to make whatever calls I needed to make a week after the transplant to a sudden recovery is unreal. I got lucky. But the situation that I found myself in that July 2017 was acceptance – I felt I was at peace with myself and ready to meet my maker.

Getting my 100 day P.E.T scan results as clear in Nov 2017 was the first real step in proving that the Lymphoma was gone. And then into full remission in March 2018. I am now a month away from 2 ½ years in remission.

But 2020 has been something of a horror novel so far, and novel CoronaVirus been the main cause. I was placed or should I say instructed to medically isolate in April 2020, from the 9th of April to be precise – my Mum’s second anniversary. At the same time we find out that Anita had a form of skin cancer called VIN – so both of us are isolated but not only from others but from each other. Then I got what I would call a flu attack –but out of the five main symptoms for Covid19 I had four of them, two courses of antibiotics and then steroids to break it. But there is no means still to confirm if it was actually Covid19 or the flu. If it was Covid I got lucky again, because it would have meant that I had a mild attack. Seriously feel sorry for anyone who had this but I am not prepared to write about it as we simply don’t know if it was Covid19.  Anita underwent an emergency operation and thankfully it was a success. So April came and went, so did May and June. And here we are in July. Ireland is now a week away for phase 4 of recovery, which means that I could exit medical isolation next week. Just over 14 weeks of isolation.

When I was been discharged in July 2017 I was under strict instructions back then to stay away from groups of people, stay away from peak times in shopping areas, stay away from restaurants and pubs for at least 3 month’s – and I did – actually it was closer to 6 months. This was not about the possibility then of Covid19 but because my immune system was gone. By January 2020 it was only back to less than 40% strength. But playing it safe in 2017 was a major part of our lives. We avoided as much contact with other people as possible. Because we had experienced this we were able to maintain a none stressful isolation during Covid19 – we in so many ways had been trained on what to do because of the stem cell transplant.

But two main war’s with Lymphoma won and the possibility that I have beaten the first attack of COVID19, coupled with Anita’s recent success in beating VIN cancer. We are a little battle weary. It’s nearly 3 years since we had a holiday but it feels like 10.

Getting away from the constant 3 years, which there seems to be a lot of lately in my pages. Something different. 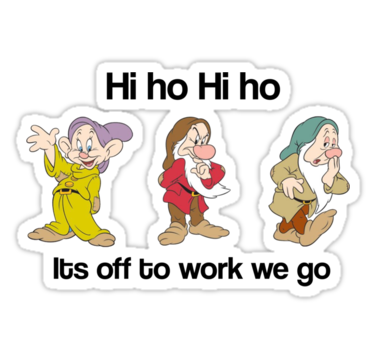 Looking back I was just turned 18, finished school and looking for a job. Back then it was different, jobs we not based fully on your qualifications but more on you as a person, university was for those who had that kind of money. I had no real idea what I wanted to do. I recall going into a government jobseekers place in Dublin City Centre called Manpower. There was a dip in the economy back then and there were not that many jobs available. Ireland was then a quiet poor country struggling to build itself on the European market. Most of my friends had emigrated to the UK, US and Australia. I had just got my visa for the US and was intending getting a job to pay for a flight. But I was looking over a notice board in Manpower and this gentleman came up beside me he said “Any interest in that job” pointing at a customs document entry clerk. I said quiet straight to him “Yes but I only have a provisional driving license as I have just turned 18” he looked at me and said “if I could organize insurance cover would you be interested?” There was no talk of money or contracts etc just a Customs Entry Clerk but I said “Yes”. That gentleman was the Irish MD of a company called Clyde Shipping – Mr John Shields (RIP) he offered me the job on the spot and I started working in Logistics, Transport and Freight Forwarding the following Monday 14th of July 1980. 40 years ago, but I will never forget that day. I left that company after a few months but rapidly progressed in the industry. Within 5 years I was at management level, within 10 years I was a senior consultant. But that gentleman spotted something in me, he worked off a gut feeling that he had someone he felt would make things happen. To this day I have the same approach, obviously more in keeping with our times but I have a tendency to spot potential and guide the person. I have a tendency to promote from within. I don’t look for qualifications unless it is necessary for the job, like forklift drivers or truck drivers. I actually don’t care what University if any the person attended. I look at the person and for some reason I can tell if they really want to progress. It is one of the most important parts of my life, watching others grow and lead. But yes 40 years in this business on the 14th. And hopefully many more to come. Within the 40 years I have been involved in other businesses, in other countries and other projects but I keep coming back to Logistics, Transport and Freight Forwarding – if could be the challenge, it could be the pressure, it could be that every day is different or it could be that Mr Shields back in 1980 had started me on a road that I truly love.

Unfortunately with our friend COVID 19 and the fact that I am medically isolated I can only celebrate at home. So I have stocked up the Guinness and I intend to have a couple….. 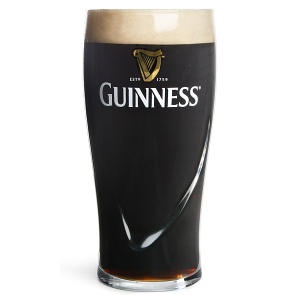 Since the transplant I have a low tolerance for alcohol. Takes a couple and I’m as pissed as a fart. But I do feel that Guinness has help me recover, apart from the alcohol Guinness is actually full of goodness 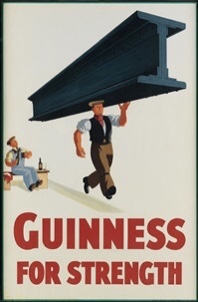 my excuse and I’m sticking to it..

My next appointment with the oncologist is in August at which point I hope to be told that I am officially 2 1/2 years cancer clear.

On the 10th of July 2020 Irelands great hero Jack Charlton passed away. Jack was declared a national hero during his time as the Irish National Soccer Team Manager. Jack died from Lymphoma and underlying dementia. Another great person lost to Lymphoma. 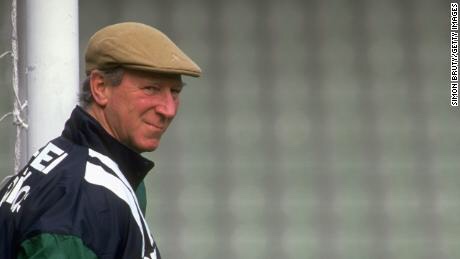 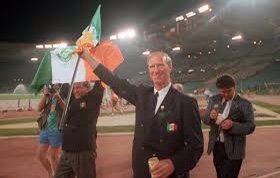